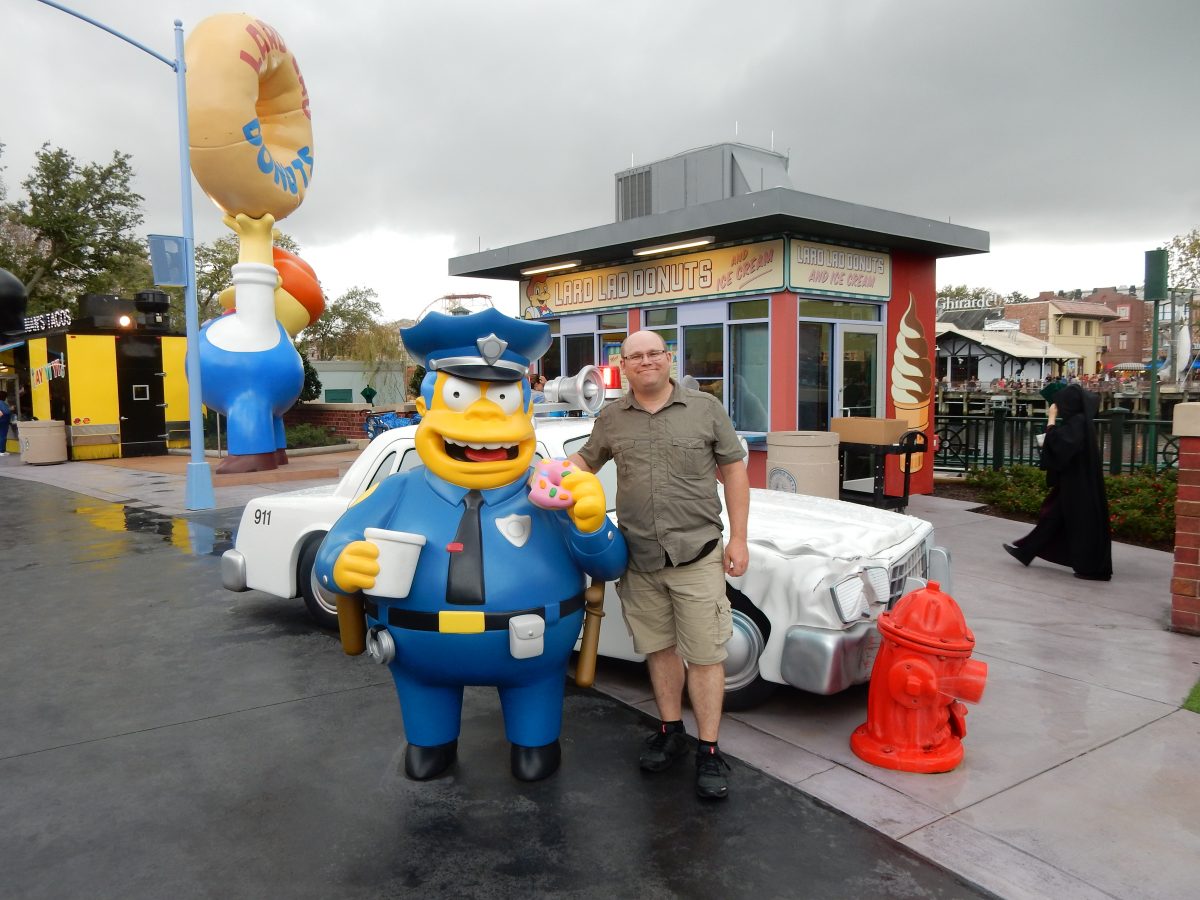 „Oh Marge, cartoons don’t have any deep meaning. They’re just stupid drawings that give you a cheap laugh.“ Homer Simpson

For once, Homer is wrong. Since its inception over 30 years ago, the Simpsons television cartoon show has not only become one of the most iconic products of American popular culture, it is also the most famous and relevant satire of American society, culture, politics, and life in general. While the show works even on its most superficial level as slapstick comedy, every episode is full of allusions to popular culture, history, politics, religion and philosophy that often only become apparent on the second (or third, or fourth) viewing. The Simpsons has commented on everything from American democracy, immigration, feminism, class warfare, racism, and gun control to evangelical Christianity and life after death. No celebrity can really be considered famous until he or she had a guest appearance on the show. This talk will focus on some relevant (and funny) examples of how to read the Simpsons as social and political satire. Don’t have a cow, man!

(please note: you need the password provided during the presentation to open this pdf; contact me if you did not write it down)

You think The Simpsons is not a political show? Think again. The Simpsons is a kaleidoscope of American politics in all its aspects: presidential elections, town hall democracy, political parties, Congress, and international relations.  From the loftiest idealism to the most blatant corruption, The Simpsons has dealt with nearly every significant topic and nearly every extreme that the US political system has to offer. The Simpsons deals with these issues in a satirical, humorous fashion; given the sheer craziness of American politics even outside of animated television comedy, the results are predictably hilarious. This talk will focus on several examples of political issues on the Simpsons and discuss their significance both as satire and as issues in the “real world.” While it is probably too much to say that everything you need to know about American politics, you can learn from The Simpsons, it’s definitely not a bad place to start.